Famous tycoon, Jack Ma is reported missing and has not appeared in public for more than 2 months.

The loss of the tycoon who is also the founder of the most successful Alibaba and Ant Group technology companies in China, Jack Ma, has become a question mark when he has not been seen in public for the past few months.

According to reports, Jack Ma was last seen publicly or on social media in late October, about a week before Alibaba (BABA) stock market listing, Ant Group, was blocked at the last minute by Chinese regulators.

He should also be the jury for the final episode of his television reality show, Africa’s Business Heroes which took place in November but was replaced by an Alibaba executive.

Earlier, on October 12, last year Jack Ma himself said that he could not wait to meet the finalists during the final event which was held online on November 14.

An Alibaba spokesman said Jack Ma “failed to attend the program as a jury due to schedule overlap” and declined to comment further, according to CNN Business.

Prior to his disappearance, Jack Ma issued a controversial statement criticizing China’s financial system, urging the republican government to make changes and reforms to its financial system.

The 56-year-old Hartwan is one of the richest individuals in China whose net worth, according to Forbes, is US $ 58.4 billion. 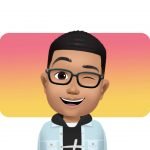